Engaging the Wonders of Water Baptism

You are here:
HealingIYAC 2022 - Destined for DominionMessage/SermonsMore than a Conqueror 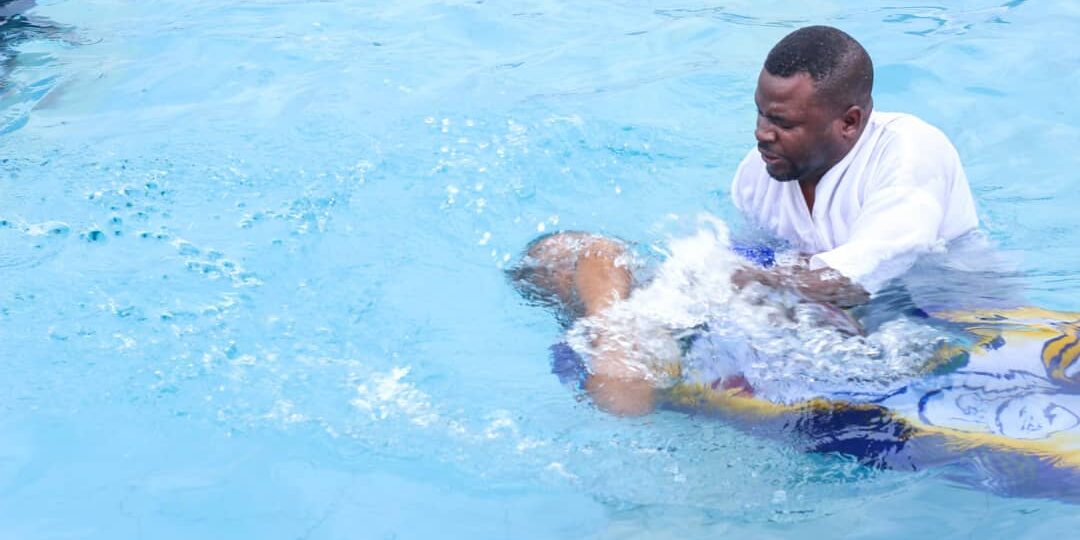 “We were buried therefore with him by baptism into death, in order that, just as Christ was raised from the dead by the glory of the Father, we too might walk in newness of life. – Rom. 6.4

Why Must I Undergo Water Baptism?

Christ commanded that we undergo Water Baptism as an essential part of our total redemption.

✓ Whosoever believes and is baptised shall be saved

✓ Teaching new converts is not enough, they are required to be baptised in water for their total redemption

19 Go ye therefore, and teach all nations, baptizing them in the name of the Father, and of the Son, and of the Holy Ghost:

► Water baptism is requirement for fulfilling all righteousness.

✓ John the Baptist objected to baptise Christ, but the response of Christ showed the significance of water baptism, saying ‘do it now for it is important for me to fulfil all righteousness’

14 But John forbad him, saying, I have need to be baptized of thee, and comest thou to me?

15 And Jesus answering said unto him, Suffer it to be so now: for thus it becometh us to fulfil all righteousness. Then he suffered him.

Water baptism empowers us to walk in the newness of life

✓ Therefore, we are buried with him by baptism into death: that like as Christ was raised up from the dead by the glory of the Father, even so we also should walk in newness of life.

– Romans 6:4; Therefore we are buried with him by baptism into death: that like as Christ was raised up from the dead by the glory of the Father, even so we also should walk in newness of life.

✓ For as many of you as have been baptized into Christ have put on Christ.

– Galatians 3:27, For as many of you as have been baptized into Christ have put on Christ.

> Water baptism destroys the dominion of sin over our lives

✓ Through the mystery of water baptism, sin has no more dominion over our lives

– Rom. 6:14; For sin shall not have dominion over you: for ye are not under the law, but under grace.

➤ From scriptures, water has proved to be a medium for signs, wonders and diverse Miracles. These include:

✓ Healing of all manner of sicknesses and diseases, as in the pool of Bethesda

2 Now there is at Jerusalem by the sheep market a pool, which is called in the Hebrew tongue Bethesda, having five porches.

3 In these lay a great multitude of impotent folk, of blind, halt, withered, waiting for the moving of the water.

4 For an angel went down at a certain season into the pool, and troubled the water: whosoever then first after the troubling of the water stepped in was made whole of whatsoever disease he had.

5 And a certain man was there, which had an infirmity thirty and eight years.

✓ Healing of blindness, as in the pool of Siloam

2 And his disciples asked him, saying, Master, who did sin, this man, or his parents, that he was born blind?

3 Jesus answered, Neither hath this man sinned, nor his parents: but that the works of God should be made manifest in him.

4 I must work the works of him that sent me, while it is day: the night cometh, when no man can work.

5 As long as I am in the world, I am the light of the world.

6 When he had thus spoken, he spat on the ground, and made clay of the spittle, and he anointed the eyes of the blind man with the clay,

7 And said unto him, Go, wash in the pool of Siloam, (which is by interpretation, Sent.) He went his way therefore, and washed, and came seeing.

8 The neighbours therefore, and they which before had seen him that he was blind, said, Is not this he that sat and begged?

Who Qualifies for Water Baptism?

➤ The redeemed of the Lord

Acts 8:34-35; And the eunuch answered Philip, and said, I pray thee, of whom speaketh the prophet this? of himself, or of some other man?

35 Then Philip opened his mouth, and began at the same scripture, and preached unto him Jesus.

How are We Baptised?

– Rom 6:4; Therefore we are buried with him by baptism into death: that like as Christ was raised up from the dead by the glory of the Father, even so we also should walk in newness of life.

Col. 2:12; Buried with him in baptism, wherein also ye are risen with him through the faith of the operation of God, who hath raised him from the dead.

Examples of Those Who were baptised in Water as they surrender their lives to Christ.

– Act. 2:41; Then they that gladly received his word were baptized: and the same day there were added unto them about three thousand souls.

> The new converts in Samaria

– Act. 8:12; But when they believed Philip preaching the things concerning the kingdom of God, and the name of Jesus Christ, they were baptized, both men and women.

➤ The Jailer and his household

31 And they said, Believe on the Lord Jesus Christ, and thou shalt be saved, and thy house.

32 And they spake unto him the word of the Lord, and to all that were in his house.

33 And he took them the same hour of the night, and washed their stripes; and was baptized, he and all his, straightway.

34 And when he had brought them into his house, he set meat before them, and rejoiced, believing in God with all his house.

In conclusion, water baptism is a mystery that empowers believers to fulfil all righteousness and walk in the newness of life. Therefore, expect to be set free from every unwanted habit and for the new you to emerge, as you undergo water baptism by immersion, in the name of Jesus Christ, Amen.