You are here:
HealingMessage/SermonsMore than a Conqueror 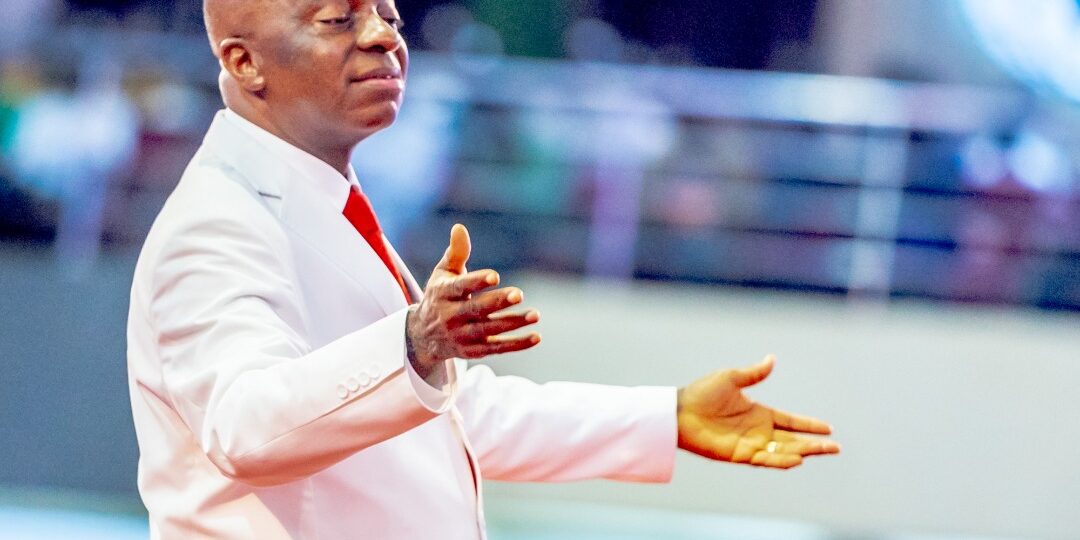 Teaching Series: Walking in Dominion over Sicknesses and Diseases (Part 2)

Focus: The Mystery of the Holy Communion

The stories of scriptures only informs, it is the mysteries that transform. We live in the kingdom governed by mysteries; and these mysteries are only available to the redeemed.

1 Tim 3:9; Holding the mystery of the faith in a pure conscience.

Mat. 9:29; Then touched he their eyes, saying, According to your faith be it unto you.

Heb. 11:29-33; By faith they passed through the Red sea as by dry land: which the Egyptians assaying to do were drowned.

30 By faith the walls of Jericho fell down, after they were compassed about seven days.

31 By faith the harlot Rahab perished not with them that believed not, when she had received the spies with peace.

32 And what shall I more say? for the time would fail me to tell of Gedeon, and of Barak, and of Samson, and of Jephthae; of David also, and Samuel, and of the prophets:

Dan. 6:23; Then was the king exceeding glad for him, and commanded that they should take Daniel up out of the den. So Daniel was taken up out of the den, and no manner of hurt was found upon him, because he believed in his God.

Faith is not a psychological belief system, it is a mystery.

Rom. 1:4; And declared to be the Son of God with power, according to the spirit of holiness, by the resurrection from the dead:

Without the Holy Spirit, no man can be godly.

2 Thess. 2:7; For the mystery of iniquity doth already work: only he who now letteth will let, until he be taken out of the way.

Mark 7:21; Not every one that saith unto me, Lord, Lord, shall enter into the kingdom of heaven; but he that doeth the will of my Father which is in heaven.

Rom. 6:4; Therefore we are buried with him by baptism into death: that like as Christ was raised up from the dead by the glory of the Father, even so we also should walk in newness of life.

Water Baptism enables believers to walk in the newness of life.

Ps. 47:7; For God is the King of all the earth: sing ye praises with understanding.

Heb 7:1-8; For this Melchisedec, king of Salem, priest of the most high God, who met Abraham returning from the slaughter of the kings, and blessed him;

2 To whom also Abraham gave a tenth part of all; first being by interpretation King of righteousness, and after that also King of Salem, which is, King of peace;

3 Without father, without mother, without descent, having neither beginning of days, nor end of life; but made like unto the Son of God; abideth a priest continually.

4 Now consider how great this man was, unto whom even the patriarch Abraham gave the tenth of the spoils.

5 And verily they that are of the sons of Levi, who receive the office of the priesthood, have a commandment to take tithes of the people according to the law, that is, of their brethren, though they come out of the loins of Abraham:

6 But he whose descent is not counted from them received tithes of Abraham, and blessed him that had the promises.

7 And without all contradiction the less is blessed of the better.

8 And here men that die receive tithes; but there he receiveth them, of whom it is witnessed that he liveth.

Forces behind sickness and disease

– Matt. 10:1; And when he had called unto him his twelve disciples, he gave them power against unclean spirits, to cast them out, and to heal all manner of sickness and all manner of disease.

Mark 9:25; When Jesus saw that the people came running together, he rebuked the foul spirit, saying unto him, Thou dumb and deaf spirit, I charge thee, come out of him, and enter no more into him.

Foul spirits corrupts the mind of people to do negative things

Acts 20:32; How God anointed Jesus of Nazareth with the Holy Ghost and with power: who went about doing good, and healing all that were oppressed of the devil; for God was with him.

2. The spirit of insanity

49 Your fathers did eat manna in the wilderness, and are dead.

50 This is the bread which cometh down from heaven, that a man may eat thereof, and not die.

What is the Communion?

The communion is not a special meal from Galilee; it is the flesh and the blood of Jesus.

WHAT IS IN THE BREAD?

Rev. 5:6; And I beheld, and, lo, in the midst of the throne and of the four beasts, and in the midst of the elders, stood a Lamb as it had been slain, having seven horns and seven eyes, which are the seven Spirits of God sent forth into all the earth.

1. When you partake of the Bread, you are taking up the rod.

– Ex. 7:12; For they cast down every man his rod, and they became serpents: but Aaron’s rod swallowed up their rods.

2. It is the miracle meal cast into your stomach to neutralize every poison.

3. It opens your spiritual eyes

– 2 Cor. 4:4; In whom the god of this world hath blinded the minds of them which believe not, lest the light of the glorious gospel of Christ, who is the image of God, should shine unto them.

31 And their eyes were opened, and they knew him; and he vanished out of their sight.

4. It is the New Testament manna that destroys all forms of weaknesses and feebleness.

– Ps. 105:37; He brought them forth also with silver and gold: and there was not one feeble person among their tribes.

It injects heavenly order of life.

WHAT IS IN THE BLOOD?

Mark 6:6; And he marvelled because of their unbelief. And he went round about the villages, teaching.

Luke 1:45; And blessed is she that believed: for there shall be a performance of those things which were told her from the Lord.

56 He that eateth my flesh, and drinketh my blood, dwelleth in me, and I in him.

The communion is not limited to church, but extended to homes and families.