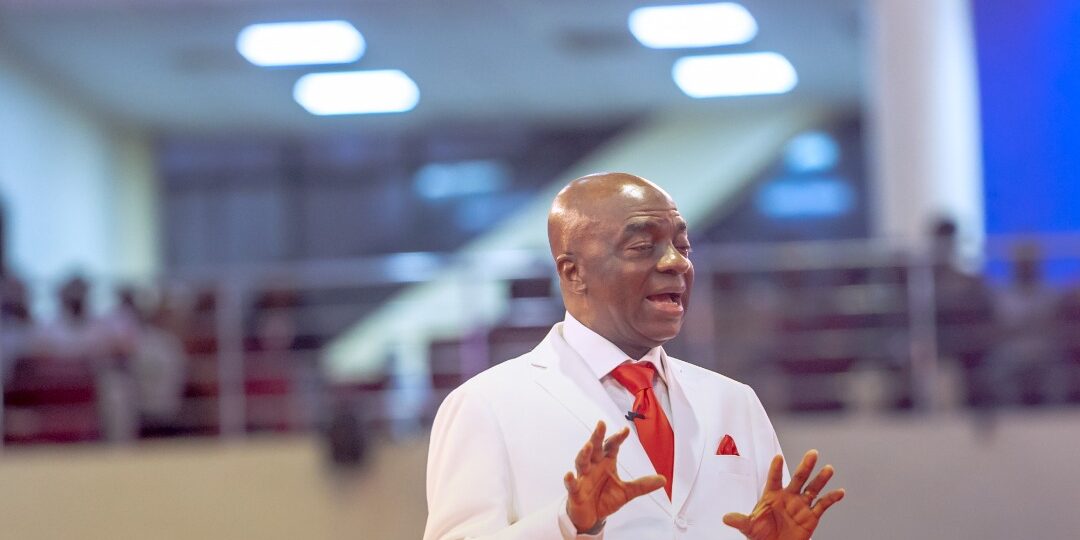 Teaching Series: Walking in Dominion Over Sicknesses and Diseases (Pt. 1A)

No matter the education you give to your child, if you do not connect them to God, you have lost them.  Faith without patience will lead to crisis.

– 2 Peter 3:9; The Lord is not slack concerning his promise, as some men count slackness; but is longsuffering to us-ward, not willing that any should perish, but that all should come to repentance.

Every planting that is not of God is an enemy.

Mat. 13:25; But while men slept, his enemy came and sowed tares among the wheat, and went his way.

Sicknesses and Death is an enemy.

Eph. 6:16; Above all, taking the shield of faith, wherewith ye shall be able to quench all the fiery darts of the wicked.

Jere. 30:17; For I will restore health unto thee, and I will heal thee of thy wounds, saith the LORD; because they called thee an Outcast, saying, This is Zion, whom no man seeketh after.

Faith is tapping into the divine virtue that makes whole. Faith is a living force, drawn from the living Word to produce living proofs.

Never allow any devil to despise the weapons that you carry; they may look ordinary but therein lies the power of God to do the impossible.

– Eph. 6:12; For we wrestle not against flesh and blood, but against principalities, against powers, against the rulers of the darkness of this world, against spiritual wickedness in high places.

45. Then said David to the Philistine, Thou comest to me with a sword, and with a spear, and with a shield: but I come to thee in the name of the LORD of hosts, the God of the armies of Israel, whom thou hast defied.

Without faith, there is no access to the healing virtue.

– Rom. 14:23; And he that doubteth is damned if he eat, because he eateth not of faith: for whatsoever is not of faith is sin.

Faith can make anything dead back to life.

Jn. 11:40; Jesus saith unto her, Said I not unto thee, that, if thou wouldest believe, thou shouldest see the glory of God?

Foul spirits behind sickness and diseases.

Foul spirits are spirits that corrupts the system.

Act 10:38; How God anointed Jesus of Nazareth with the Holy Ghost and with power: who went about doing good, and healing all that were oppressed of the devil; for God was with him.

24 For my sighing cometh before I eat, and my roarings are poured out like the waters.

25 For the thing which I greatly feared is come upon me, and that which I was afraid of is come unto me.

26 I was not in safety, neither had I rest, neither was I quiet; yet trouble came.

Heb. 2:14-15; Forasmuch then as the children are partakers of flesh and blood, he also himself likewise took part of the same; that through death he might destroy him that had the power of death, that is, the devil;

15 And deliver them who through fear of death were all their lifetime subject to bondage.

– Fear opens the door to the tormentor.  Whatever you refuse to fear cannot befall you.

2. The spirit of deformity.

– Luke 13:11-13; And, behold, there was a woman which had a spirit of infirmity eighteen years, and was bowed together, and could in no wise lift up herself.

12 And when Jesus saw her, he called her to him, and said unto her, Woman, thou art loosed from thine infirmity.

13 And he laid his hands on her: and immediately she was made straight, and glorified God.

Mat. 18:16; But if he will not hear thee, then take with thee one or two more, that in the mouth of two or three witnesses every word may be established.

– Every oppression of the devil can be cast away by the Word.

How the Word empowers us for dominion over sicknesses and diseases

Jeremiah 8:19-22; Behold the voice of the cry of the daughter of my people because of them that dwell in a far country: Is not the LORD in Zion? is not her king in her? Why have they provoked me to anger with their graven images, and with strange vanities?

20 The harvest is past, the summer is ended, and we are not saved.

21 For the hurt of the daughter of my people am I hurt; I am black; astonishment hath taken hold on me.

22 Is there no balm in Gilead; is there no physician there? why then is not the health of the daughter of my people recovered?

– Jesus has the answer, and every lasting answer comes from Him.

– Jesus is the physician in Gilead and His Word is the balm.

Matt. 11:2-5; Now when John had heard in the prison the works of Christ, he sent two of his disciples,

3 And said unto him, Art thou he that should come, or do we look for another?

4 Jesus answered and said unto them, Go and shew John again those things which ye do hear and see:

5 The blind receive their sight, and the lame walk, the lepers are cleansed, and the deaf hear, the dead are raised up, and the poor have the gospel preached to them.

– Jesus is not only our Saviour, He is also our healer.

– When the light of the Word breaks forth in your heart, your health springs forth speedily.

– Isa. 58:8; Behold, I and the children whom the LORD hath given me are for signs and for wonders in Israel from the LORD of hosts, which dwelleth in mount Zion.

– Most of the afflictions on our health are the orchestrated by the devil.

What is in the Word that heals?

21 Let them not depart from thine eyes; keep them in the midst of thine heart.

22 For they are life unto those that find them, and health to all their flesh.

– Gen. 2:21-22; And the LORD God caused a deep sleep to fall upon Adam, and he slept: and he took one of his ribs, and closed up the flesh instead thereof;

22 And the rib, which the LORD God had taken from man, made he a woman, and brought her unto the man.

Heb. 4:12; Forasmuch then as the children are partakers of flesh and blood, he also himself likewise took part of the same; that through death he might destroy him that had the power of death, that is, the devil;

– Luke 1:45; And blessed is she that believed: for there shall be a performance of those things which were told her from the Lord.

All you need to see prophecies fulfilled is faith.

3 And God said, Let there be light: and there was light.

4 And God saw the light, that it was good: and God divided the light from the darkness.

5 And God called the light Day, and the darkness he called Night. And the evening and the morning were the first day.

6 And God said, Let there be a firmament in the midst of the waters, and let it divide the waters from the waters.

8 And God called the firmament Heaven. And the evening and the morning were the second day.

9 And God said, Let the waters under the heaven be gathered together unto one place, and let the dry land appear: and it was so.

5. The word quickens our mortal bodies.

Jn. 6:63; It is the spirit that quickeneth; the flesh profiteth nothing: the words that I speak unto you, they are spirit, and they are life.

Jesus is not only a healer, He is also a restorer. Once you receive the creative power of the Word, it creates whatever is lost in your body.

We are partake of the divine nature, which is immune to sickness and disease, as we feed on the word.

2 Peter 1:4; Whereby are given unto us exceeding great and precious promises: that by these ye might be partakers of the divine nature, having escaped the corruption that is in the world through lust.

Feeding on the word is feeding on God’s nature into our system.

Heb. 2:3; How shall we escape, if we neglect so great salvation; which at the first began to be spoken by the Lord, and was confirmed unto us by them that heard him;

Col. 1:13; Who hath delivered us from the power of darkness, and hath translated us into the kingdom of his dear Son:

– We live in a world saddled with all forms of satanic traps but God will remain ever mindful of His covenant.

– Ps. 74:20;  Have respect unto the covenant: for the dark places of the earth are full of the habitations of cruelty.

– Until you are saved, you have not escaped.

– If you know how to operate your escape rights, every devil will learn to respect you.

God’s Way of Escape for us

1. Salvation is God’s great agenda of escape for mankind.

2. Our principal means of escape is through the Word.

– 1 Cor. 10:13; There hath no temptation taken you but such as is common to man: but God is faithful, who will not suffer you to be tempted above that ye are able; but will with the temptation also make a way to escape, that ye may be able to bear it

3. God shows us the way of escape through the ministry of teaching priests.

4 But when they in their trouble did turn unto the LORD God of Israel, and sought him, he was found of them.

5 And in those times there was no peace to him that went out, nor to him that came in, but great vexations were upon all the inhabitants of the countries.

6 And nation was destroyed of nation, and city of city: for God did vex them with all adversity.

15 And all Judah rejoiced at the oath: for they had sworn with all their heart, and sought him with their whole desire; and he was found of them: and the LORD gave them rest round about.

4. Our escape is settled by remaining on God’s side always through obedience.

– Ex. 32:26; Then Moses stood in the gate of the camp, and said, Who is on the LORD’S side? let him come unto me. And all the sons of Levi gathered themselves together unto him.